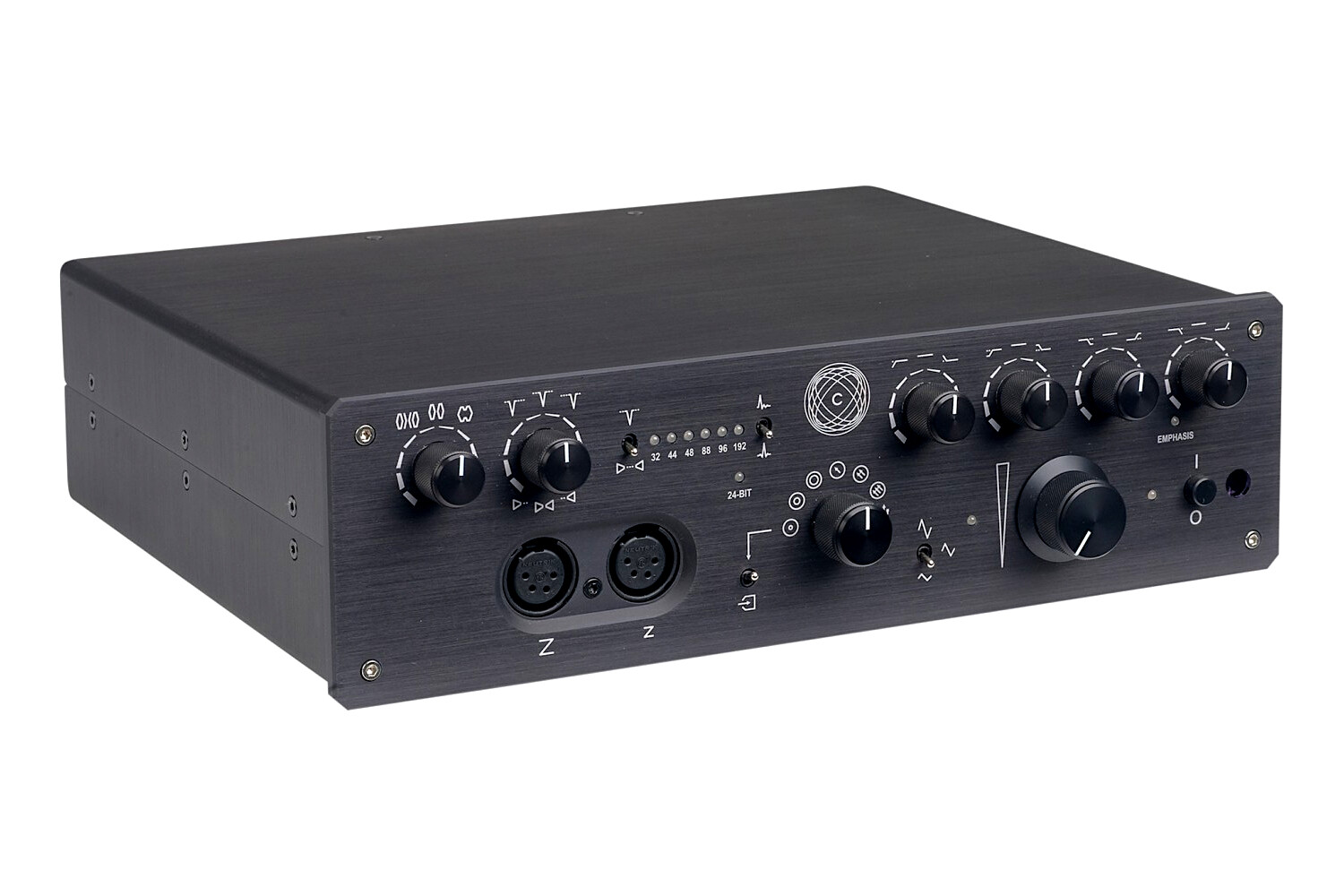 SKU Soul demo
$2,799.95
In stock
1
Product Details
The mission of MEIER-AUDIO always has been to produce gear with an optimal price-performance-ratio. It never was the aim to make the best-of-all headphone amplifier but instead the intention was to produce the best-you-can-get-for-your-money.

However, over the last decade the technical standards of the top-of-the-line headphones have improved considerably (and unfortunately prices have exploded accordingly) and with many technical ideas circulating in my head I have been seduced to develop a best-I-can-make DAC/headamp combo without any limitations towards costs. I called it the SOUL.The SOUL not only combines a DAC and a headphone amplifier into one device but also has a built-in DSP (Digital Signal Processor). Thus the digital input signals can be processed before they're converted into an analog signal by the DAC-section. The DSP operates with 64-bit precision and this allows to implement tone-controls, balance controls, crossfeed and a few other functions with a precision that never could be realized with any analog circuitry. Also important, the DSP makes it possible to shift the first stage of the FF-technique forward into the digital domain. Thus the DA-conversion stage as well as the analog stages of the DAC-section fully benefit from the FF-technique and this enhances sound quality considerably. Below please take a look at the design of the new amp.

The front of the SOUL has a larger number of control elements which underpins the versatility of the amp.

The second dial from the left has three different functions:

- With loudspeaker crossfeed activated this dial allows to optimize the delay time between the direct signal and the crossfeed signal. The optimal delay time strongly depends on the positions (angles) of the loudspeakers and the size of the head of the listener.

- In stereo or in headphone crossfeed mode and with the switch to the right of the second dial in lower position the dial controls channel balance. People with bad hearing thus can compensate for different sensitivities of their ears.

- In stereo or headphone crossfeed mode and with the switch to the right in upper position the dial controls the central frequency of a 6dB, Q=2 notchfilter. Many (even high-end) headphones do have one or two distinct resonance frequencies in the 6..11 kHz range due to the entrapped air-volume between driver and ear. Proper application of the notch filter will lower the energy at the resonance frequency and our tests (using HD800, HE-500, T1, ...) have shown that this can result in a remarkable improvement of quality of sound.

Seven LED's indicate sampling frequency and bit-resolution of the incoming signal. Especially with computer audio this is a great help to check the software settings.

A switch to the right of the LED's allows to change the filter settings of the DAC-chip used. One can choose between classic filtering (phase correct, brickwall) and a filter-mode without pre-ringing (with a slightly softer, more analog sound).

At the right of the front four dials offer tone control and a LED indicates the emphasis-status of the incoming signal. De-emphasis is automatically activated if emphasis is recognized.

The left most position of the HHF-control manually activates de-emphasis. It can be used when the S/PDIF output device does not add the emphasis information to the data stream and we know the recordings to have emphasis.

The effects of the separate controls are cumulative.

A central dial selects the digital input source and to its left there is a seperate switch to activate the analog inputs.

To its right a switch allows to select between low, medium, and high gain. A three-color LED indicates the gain setting (green = low, off = medium, red = high). This gain is applied in the digital domain (-6db, 0dB, +6dB).

The SOUL has a discrete volume control with 64 positions. Typical stepsize is around 0.8 dB. For visual control the ON-OFF LED of the amp changes it's color/intensity with each step.

The potentiometer is motor-controlled and can be learned to react to any two free buttons on an infrared remote control.

The rear of the SOUL is pretty straightforward. There are one USB-input (upto 24/192), three optical inputs, three coaxial inputs and one pair of balanced analog inputs.

There also is an optical output that provides the processed digital signal so people can use the SOUL as a digital processor only.

The SOUL also has balanced volume-controlled outputs and can act as a preamp to drive active loudspeakers or a poweramplifier.The SPDIF input signals are decoded and de-jittered by a WM8804 SPDIF-receiver-chip. The clock used is an extremely high-quality TCXO.

The digital audio signal is then fed into an ADAU1451 DSP for all processing concerning the FF-technique, crossfeed, channel balance, notchfilter, and tone-controls.

After processing the digital signal is converted to an analog signal using two WM8741 DAC-chips in dual-mono-mode.

Each analog signal (four signals in total as this is a balanced amp) is amplified/buffered by one single amplification stage, using an AD797 opamp (biased into class-A) that is buffered by two BUF634s (in high-current-mode). Volume is set by changing the feedback-resistance of the opamp. This results in a much lower background noise and much lower distortion then using a conventional approach with a potentiometer in front of an amplification stage with fixed amplification factor. This amp is "black", even with the most sensitive headphones.

The USB-input uses the CM6631 from C-Media to receive data in asynchronous mode from your PC. These are then send in SPDIF-format to the WM8804. The use of extremely high-quality TCXOs guarantee a very jitter-free operation.

DSD-signals and 384 kHz signals can not be processed by the DSP and therefore are not accepted. I'm sorry for that!

The amp has four separate switched powersupplies. One for the digital section, one for the USB section, and two for the positive and the negative supply lines of the analog amplification stage. The output of each supply is RC filtered and further down-regulated with the use of analog voltage regulators. There are separate regulators for the opamps and the buffers. This, together with a total of around 70,000 uF (!!!) buffer-capacity results in extremely stable supply voltages. Sound-critical capacitors are Nichicon Fine Gold.

The switched powersupplies work with a typical switching frequency of 70 kHz. This is far beyond the limit of human hearing and thus any noise induced by the supplies is inaudible. There is no humm or any noise audible produced by the powersupplies.

Great care has been taken in the choice of the components used. Neutrik XLR-sockets, an ALPS potentiometer (although it does not carry an audio-signal) for smooth operation, LORLIN siver-plated rotary switches, sealed relais, etc.... all contribute to a high life-time-expectancy.

Fully functional prototypes have been finished and were used for fine-tuning of sound and functionality. To be honest, they sound superb!

These prototypes have been presented on the last CanJam Europe event in Berlin and were received extremely well by all who gave them a listen. By Headfonia the SOUL was elected "best amp of the show".

Later some small modifications helped to improve sound quality even further, as could be heard on the two Audiovista-shows in Krefeld last year. Again, by the public this time, the SOUL was elected "best amplifier of the show".